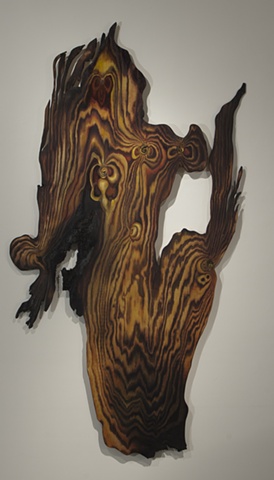 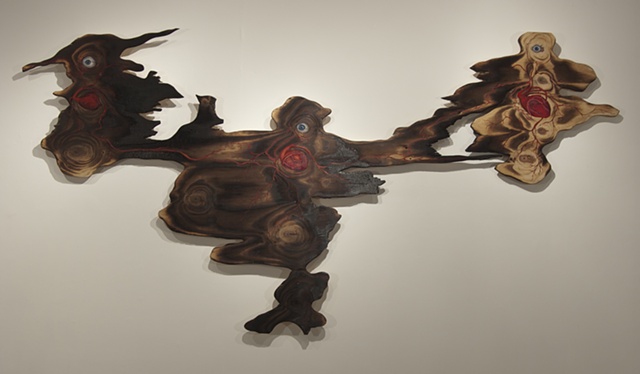 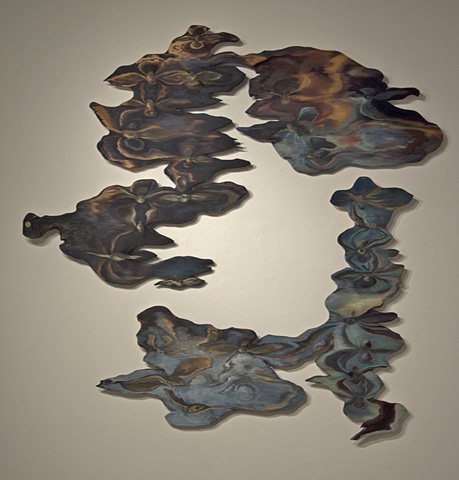 The Innate and Intuitive Reflex
Oil on Plywood
6' x 10' 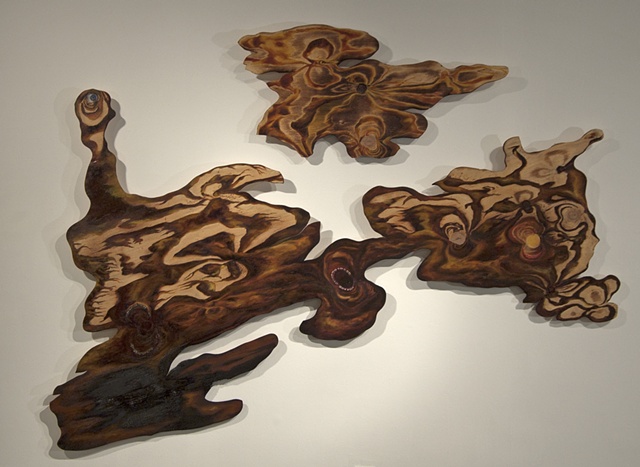 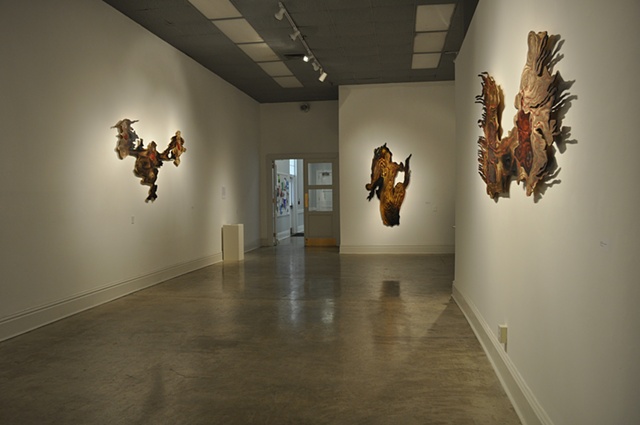 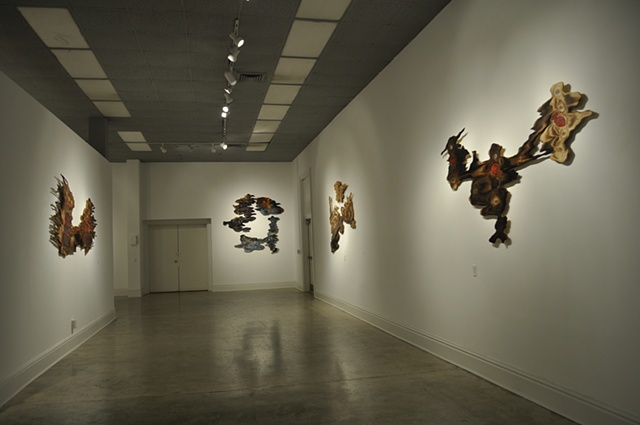 "Nurturing Nature" is an exploration of materials and process developed from questions I raise concerning nature versus nurture from my perspective of being adopted. Reading growth rings as maps referring to the growth and history of a tree which were affected by both the genetics of the tree and the environmental conditions during its lifetime led me to consider the relationship between the wood pattern revealed in the plywood product and the growth rings of a tree. The patterns in the plywood surface become representative of similar forces at play in the human condition of nature versus nurture.

The burned plywood cut along the grain to render organic forms modeled after contorted figures and female reproductive organs establish a figure/ground relationship with the wall that surrounds the object. The process of dissecting the tree reveals a space within the patterns for the painted biological features to exist. The painted elements are a response to the physical properties of the surface of the plywood but, technically, they are painted on an interior space of a tree and refer to the psychoanalytical space of the mind, the place where our personalities and identities are formed. Knots are exciting visual elements to me. They are anomalies in the grain and provide a visual rhythm by breaking-up the pattern of the grain. They are movements described in the forms and the wavelengths of motion percussing in the grain. Fire selectively applied to plywood emphasizes the grain by altering the color, increasing contrast and varying the texture. The painted elements reflect my interests in medical illustrations and iconographic catholic imagery which have been informed by the people who raised me.