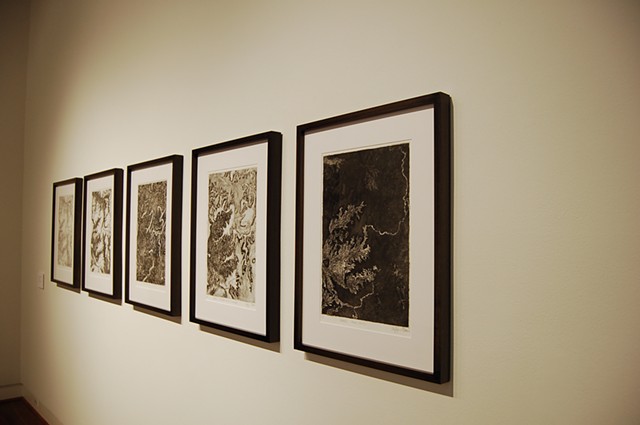 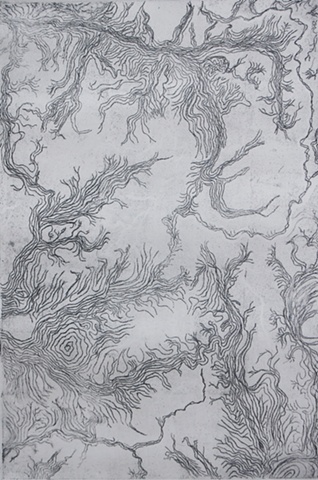 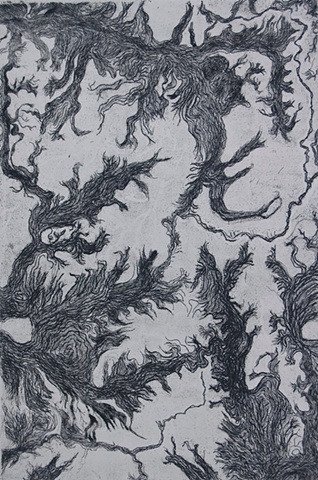 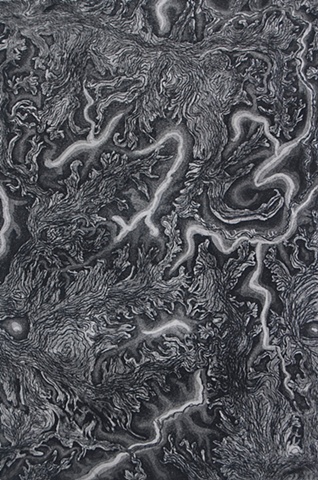 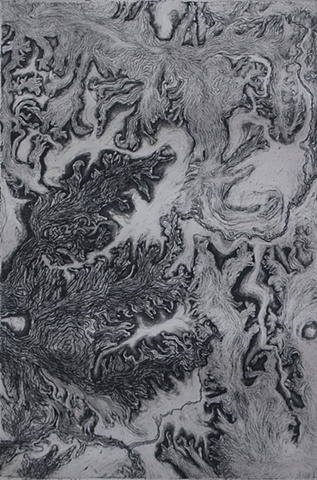 State IV: The Effects of Erasing the Landscape
Intaglio
12" x 18" 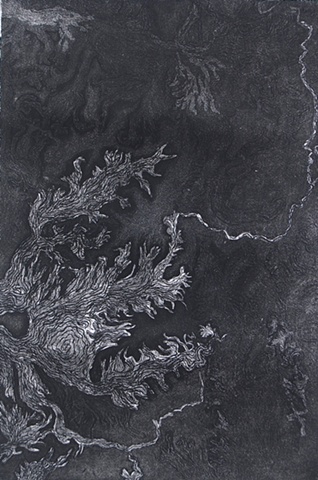 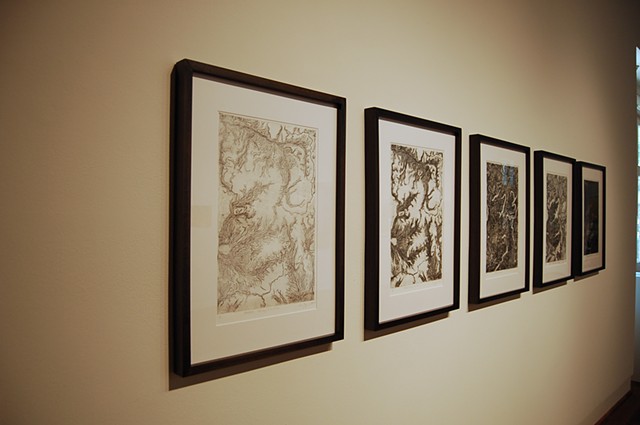 In Spring 2010 I completed a suite of intaglios which began as an exploration of transitions, erosion, movement, and changes over time. I used the same 12”x18” zinc plate to create and edition five different prints. Through this process I was able to find and explore my mark and my line, as well as positive/negative space, and the figure-ground relationship. State 1: The Map of the Place is a representation of the contours of a landscape. I had been examining images from Google Earth and used one as source material but the specific location is not important to the work. The line weight and spacing refer to a topographic map. While the shapes implied by the contours suggest mountain ranges or river systems, there is no map key or other device to define elevation. The increased density and texture of the lines in State 2: Figuring the Map changes the contour lines into dark forms silhouetting a light open space. The ambiguity of the image opens up the interpretation beyond landforms to include root systems, trees and microorganisms. State 3:The Event significantly changes the viewers perception of the forms and their relationship to the negative space. The contrasts in the value and textures create an illusion of depth. There is a push and pull for the viewer between what is positive versus negative space or between foreground and background. My mark became the erasing mark in State 4: The Effects of Erasing the Landscape. The depth and figure ground relationship established in State 3 have been replaced by the shallow relief of a textured surface. The final state of the plate, State 5: Above Ground, is the isolation of a single figure hovering above the dark and shadowy ground. The long trailing lines imply a great distance between the figure and the ground.